Free shipment in Italy for orders above € 49,00

Come to Florence and visit us!Our shop is in Via Guicciardini 6r, in the historical center, between Ponte Vecchio and Palazzo Pitti.We are waiting for you! 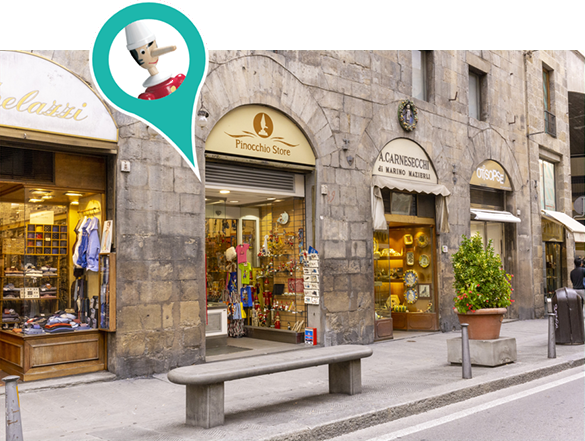 We offer a quality restoration service of your wodden Pinocchio starting from € 20,00 shipment included. 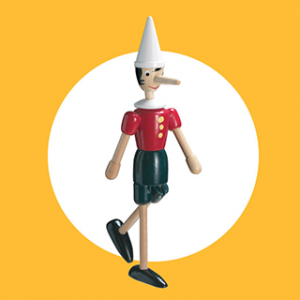 The Story of Pinocchio

Geppetto builds the Pinocchio puppet who escapes in the street. The carpenter pursues him and a guard who sees the scene arrests him.

Left alone Pinocchio, to which his nose stretches when he tells a lie, he meets Jiminy Cricket who scolds him, but the puppet crushes him and falls asleep next to a brazier burning his feet. Geppetto, released from prison, rebuilds them and decides to give him an education. He sells his tunic to buy him the spelling book for school. But Pinocchio sells the book to see the puppets. The puppet master Mangiafuoco, who initially wanted to burn it, was moved by his crying and gave him some gold coins.

On the way home, Pinocchio runs into the Cat and the Fox who rob him and try to hang him. The Blue-haired Fairy frees him and takes care of him. Pinocchio promises to be good, but instead follows Lucignolo in the Land of Toys and is transformed into a donkey. He manages to escape and after many adventures he finds himself in the belly of a whale. Here he finds Geppetto, who went to look for him with his boat. With the help of a tuna, they manage to escape. Finally Pinocchio promises to become good and the Blue-haired Fairy rewards him by making him a real child!